In 1996, a mixed breed medium-sized dog was brought to our hospital to be put to sleep. He was ill and his owner had neither the means nor the interest to care for him. He gave the vet a soulful look from his striking green eyes, and the doctors conferred. This was not Jake’s day to die. The owner agreed to let Newburgh Veterinary Hospital keep Jake and see to his medical problems. After a long round of tests and biopsies, Jake was found to have complicated autoimmune disease, suffering from lupus and rheumatoid arthritis. He lived with us until 2002, offering a cheerful view on life and an ability to get along with everyone, regardless of species, size, or temperament. When his failing health cut short his happy life with us, the loss and loneliness we felt were palpable.
Eventually, we found ourselves using a repeating phrase when a Good Samaritan would bring in a sick stray, or a good client in financial straits was unable to afford care for his pet. We would say, “don’t worry about it – Jake will take care of it”. This catchphrase became a meaningful way to honor the good heart of our friend, the generosity toward all comers that lit up those clear green eyes. Since 2002, we have dedicated many hours of our time and funds to caring for friends in need. Jake’s Fund has given back good health to many pets who would otherwise have been lost along the way.
It is our pleasure and our duty to do this. Jake’s Fund gives back and makes the community a happier, more whole place for our pets – and ourselves. 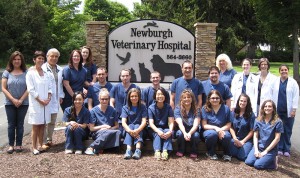